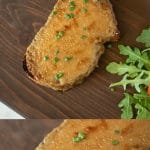 Jump to Recipe
Traditional Welsh Rarebit Recipe is an open-faced grilled cheese. A thick slice of grain bread is topped with a savory cheese sauce made from beer, cheese, butter, mustard and broiled to bubbly perfection. This may just be the best grilled cheese ever, but a grown-up version with beer, mustard and cheese. What’s not to love? Cheese on toast, as we Brits call it, was one of my favorites things to eat growing up. It was also a meal when my parents were out that I could make myself. Why do they call it  Welsh Rarebit?

In Welsh it is called Mochyn Du. The recipe is over 2 centuries old and common in Southern and Western England and the rarebit/rabbit part is the cheese sauce that is poured over toasted bread.

Welsh Rarebit origin is a little sketchy, but it is said the dish was a way to highlight the Welsh wheat bread and cheese. Some say that toasted cheese is so popular in Wales that it spread like rabbits, others say only the wealthiest of people could afford to eat rabbit, so they alternative ‘Welsh rarebit’ was born. A much more appetizing name I think and since there is no rabbit in the dish, a more befitting name.

I serve this Welsh Rarebit with a side of Warm Cherry Tomato & Basil Salad. Yes, it has a National Day and falls on 3rd September every year. I don’t know why, but there seems to be a National holiday for just about any food and dish, so why not.

A good, hearty grain bread is optimal for this recipe. A bread that can hold up to the weight of the cheese sauce and not turn soggy on you.

A good sharp white cheddar is best for this recipe. If you can find a Welsh cheddar, even better.  A grocery store with a large cheese department will most likely have white Welsh cheddar.  I found it at my Kroger store. I have also seen it Whole Foods and Trader Joe’s.

Sometimes when I make this, I have sauce leftover. It keeps well in a sealed container refrigerated for up to 4 days. Just spread the sauce onto toasted bread and broil until browned, melted and bubbly.

Toast grain bread until browned on both sides. Melt butter in a saucepan until bubbling. Whisk flour into the melted butter and cook for 1 minute to cook out the flour taste. Spread the cheese sauce onto the slices of toasted bread. Broil until melted, brown and bubbly. If you’ve tried this Traditional Welsh Rarebit Recipe or any other recipe on the blog then don’t forget to rate the recipe and let me know how it turned out in the comments below. I love to hear from my readers! 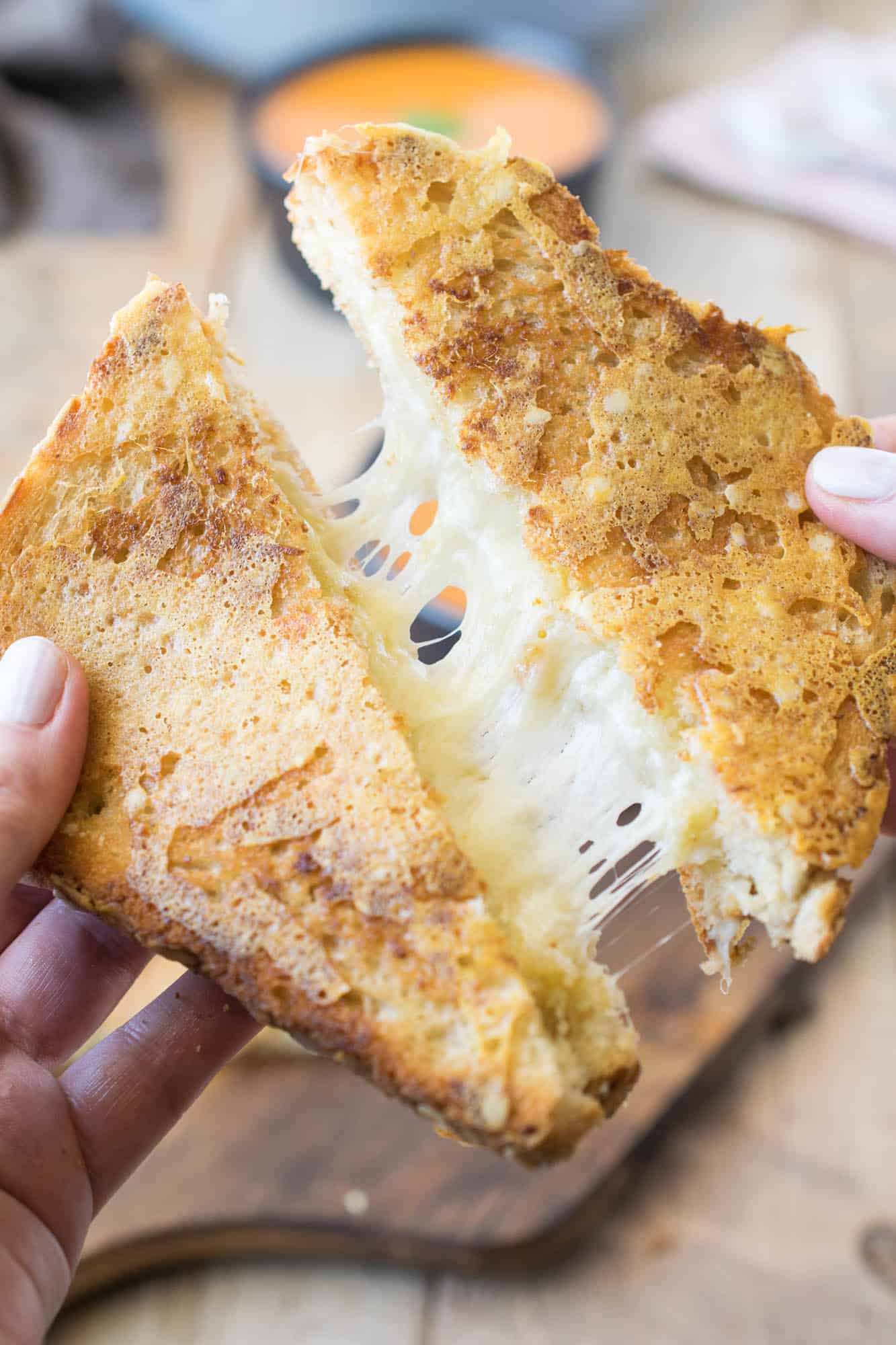