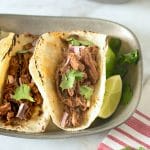 When you are craving a good, beefy taco, these slow cooker barbacoa tacos will satisfy this perfectly. Beef roast is slowly cooked in a homemade guajillo chile pepper sauce until it is fall apart and shredded, served simply in soft tortillas with red onion and cilantro. 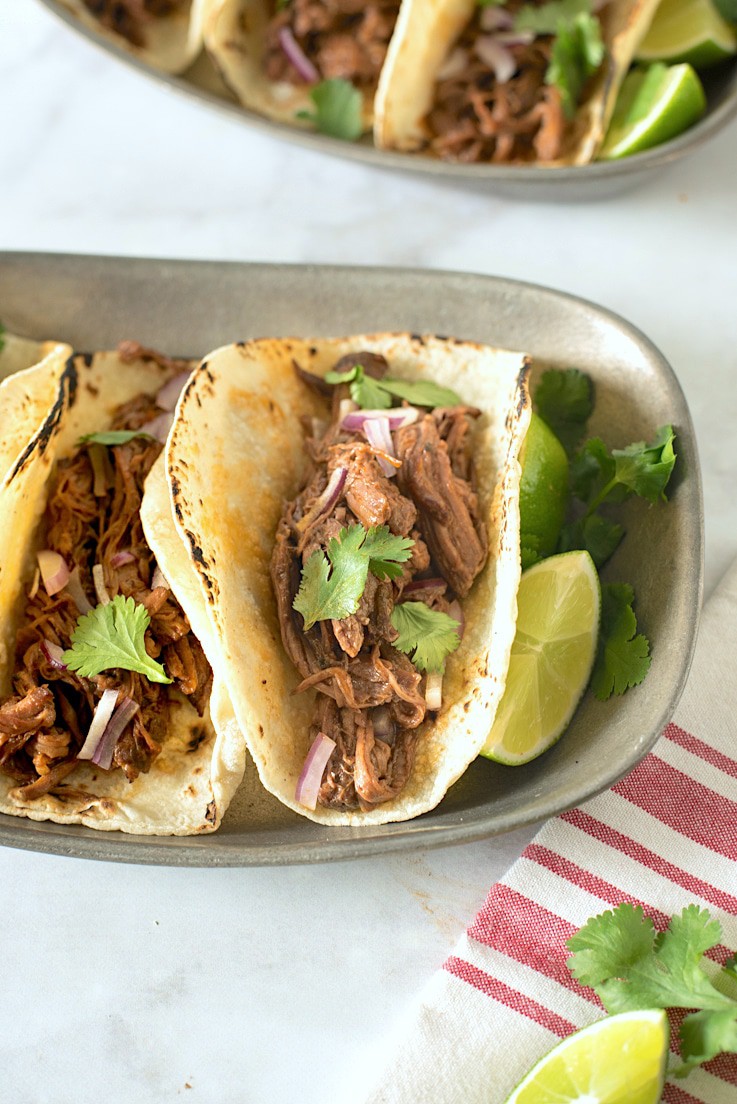 Barbacoa tacos are a traditional Mexican dish where the beef is prepared over a grill. Traditionally, it was an underground pit, but if  like me you don’t have an underground pit available to you and since it is winter  not much grilling is going on,  a modern-day slow cooker works just as well.

Barbacoa tacos are a traditional Mexican meal. The meat is slow cooked in a dried guajillo pepper sauce that is similar to the sauce in these slow cooker pineapple pepper carnitas tacos. Dried guajillo chile peppers are a mild to medium pepper, so they don’t bring too much  heat to the sauce. 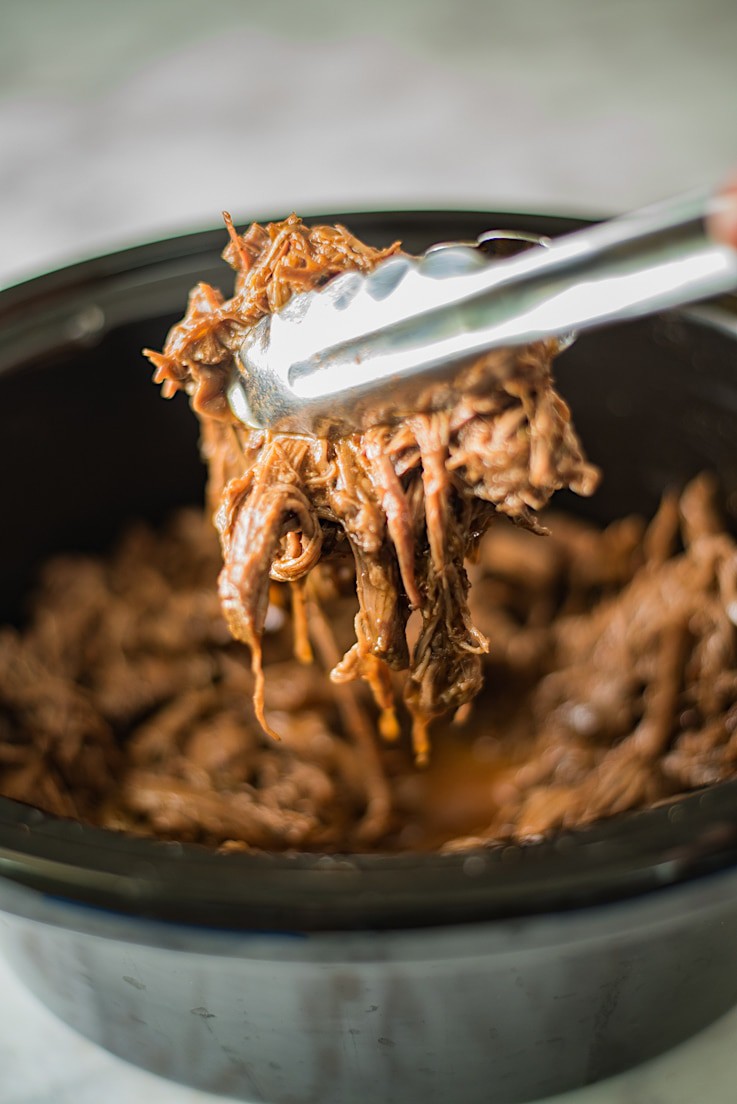 The peppers  are toasted in a dry pan to bring out extra flavor and then added to boiling water along with all the aromatics for the sauce like garlic, cilantro and fresh tomato and sweetened with agave.  They are simmered for a little to soften and then blended to complete the braising sauce.

Since the beef is slow cooked for many hours a chuck roast works very well as this cut of meat needs a lot of cooking to help break it down and make it tender. 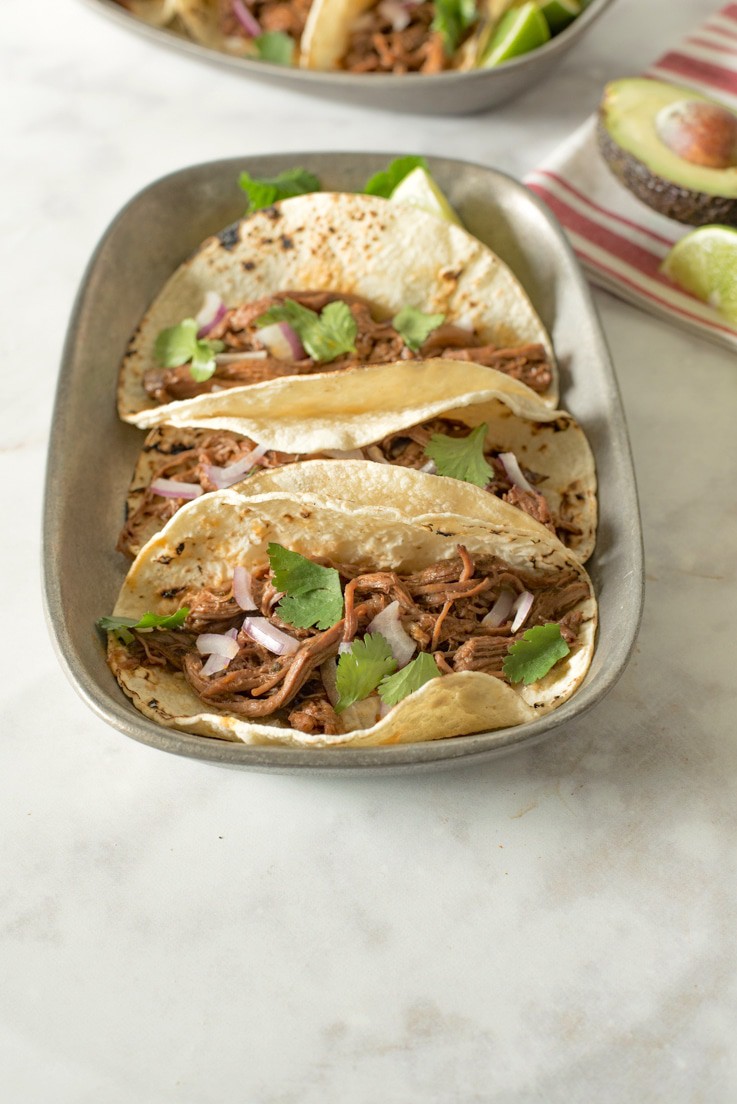 These slow cooker barbacoa tacos make a great weeknight dinner. You can make the sauce the night before then throw everything into the slow cooker before leaving for work the next day. These tacos also make great leftovers.

The toppings are traditionally simple of red onion and fresh cilantro. Anything you like can be added to the tacos, I like adding avocado and a good salsa but the possibilities are endless and taco toppings are a  very personal choice.

*Don't worry if you can't remove all the seeds. They will be removed when the sauce is blended and strained.